Today I am delighted to welcome Kit and Gary from Influx Press to my blog. I discovered this publishing house when I reviewed the outstanding Imaginary Cities by Darran Anderson last summer. Since then I have also read Total Shambles by George F. and Place Waste Dissent by Paul Hawkins. I do not choose to read a great deal of non-fiction but this would change if all were as impressive as these.

Without further ado let us find out more about this independent publisher, committed to publishing innovative and challenging fiction, poetry and creative non-fiction from across the UK and beyond.

1. Why did you decide to set up Influx Press?

Gary: It actually happened by accident. It all started because we wanted to produce one anthology, Acquired for Development By… back at the tail end of 2011. We made that book, learned an awful lot about the nuts and bolts of book publishing in the process and made enough money to keep going. So we did, and it all got a bit out of hand. I can’t say there was much of a rationale beyond producing that one book at the beginning.

2.  What sort of books do you want to publish?

Kit: We want to publish anything that speaks from the margins of culture, specific geographical spaces and sites of resistance that remain under explored in mainstream literature.

Gary: Anything that interests us really, especially the stuff that doesn’t seem likely to get published elsewhere. Our attitude to it is publish books that we would want to read that don’t yet exist. We want books written with literary skill about subjects that are not necessarily deemed literary – hence the squatting memoir Total Shambles and experimental protest collage of Place Waste Dissent. We’re proud of those books and doubt they’d have found homes elsewhere.

3.  How do you go about finding and signing authors?

The first way is that we approach authors directly to write a book for us from scratch. This has happened with a number of our books and is a really fun and exciting way to publish. As editors we are more involved with this stage as the book is unwritten and we collaborate more closely with the author. Marshland by Gareth E Rees or Chimene Suleyman’s Outside Looking On were created like this.

Second, we have submission windows (one is currently open) where we invite (unagented) writers and agents to send us finished manuscripts – so right now we’re looking for novels (for details click on this link: Submissions — Influx Press), particularly from BAME writers. Linda Mannheim’s Above Sugar Hill came to us as a full manuscript, but we still asked her to write a long afterword to her short story collection!

The third is after receiving a pitch from a writer, but there is no current manuscript. Darran Anderson’s Imaginary Cities is a great example of this.

4.  Is your experience of marketing what you expected when you started out?

Kit: I don’t think we had an expectation of marketing at the beginning. We just wanted as many people to hear about the books as possible, but on no budget! Marketing with no money is still a mystery, sometimes it works, sometimes it doesn’t. We don’t choose our books on their marketing potential, but rather if we think they are saying something important or telling a story that people don’t already know.

Our distributors, Turnaround do a great job of repping the books to bookshops – but all publicity is done by us. Social media has been a great help with this, as have generous reviewers, bloggers and writers who have supported what we’re trying to do so far. There’s a lot of books out there to buy, but somehow we still get onto some people’s radar.

Gary: We’ve learned an awful lot doing this. I’ve found that simply doing the legwork contacting as many relevant press people, bloggers, reviewers and so on, can really pay off. Not sending out mass emails but personalising them and thinking about who you’re contacting and why. We learned how to come up with interesting pitches for articles and pieces on our books rather than just say ‘will you review our book’.

We have a good Twitter presence and use it well, I think. Now through a few years of being out there presenting what we do to people, making contacts, doing events and pushing for coverage, we have a good extended network of contacts that is becoming very helpful. I have a piece of software called Highrise that keeps all our contacts and email conversations in one place. Sadly, I love it.

5.  There are a good number of small, independent publishers out there publishing some great works. Do you consider yourself different and, if so, how?

Kit: We are really proud to be part of this current surge in independent publishing. Since we started we’ve had wonderful support from many fellow small or independent publishers such as And Other Stories, Galley Beggar, Unsung and Test Centre, often sharing information and doing events together. We’re only different in the sense of what we publish, rather than how we operate. Our rivals are, in the end, companies like Harper Collins, not other small independents – so the more we collaborate and support each other, the better for all of us. It’s a great club to be part of! It feels something like a movement at the moment, hopefully we can push it further and further.

Gary: Well for a start this isn’t our day job. I don’t know about the other indie presses – it’s such a nebulous term anyway. Only two of us (plus occasional help) work on Influx whereas other small presses publish much more and have far greater staff numbers.

One way we might be different is we had access to writers from slightly different backgrounds than some of the other publishers, allowing us to publish books about squatting and protest culture very easily. We’re not trying to ape what big literary publishers are doing – like I said earlier, we’re publishing what we’re interested in, and it seems to be working.

One thing I will say is that the small press world is very supportive of each other. I have huge respect for those independent presses Kit mentioned, and many more; all publishing wildly different things, but they all fully believe in what they publish. That belief is something you just don’t get from the big boys.

Gary: Latest trend. Though Imaginary Cities was pretty original and is selling well. If a book is similar to an already successful book, it’s more likely to get picked up. I read something the other day that said when the marketing department was allowed a say in commissioning , everything went to shit in mainstream publishing. It’s true. But of course not everything can be like something else, can it?

7.  Ebook or hard copy – what do your buyers want?

Gary: I’m happy for people to read ebooks. But people who buy indie press books tend to be more into literature as ‘a thing’, rather than just casual readers, and as such they buy physical product much more. The codex is going to be a hard thing to kill.

Kit: Currently we sell far more paperbacks than ebooks. Readers still love paperbacks and we put a lot of time into our book design for that reason. However, it’s not up to us to decide how a reader wants to read the books we put out, so we always have an ebook version too.

8.  Do you consider Influx niche or mainstream?

Gary: I don’t like the term niche. There’s no reason why some of our books couldn’t have a wide appeal. Imaginary Cities appeals to anyone who’s ever been alive. Other books, sure, are a bit less mainstream. But purposefully mainstream books tend to suck and pander to the middle ground, so I’m happy with that.

Kit: I’d say we are nichestream. It’s a new genre that I’ve just invented. It means something that should be in the mainstream, but is too niche to be accepted. Or something.

Kit: As said earlier, we really like commissioning books from scratch and both love building a book with an author.

Kit: We are really looking forward to publishing an anthology of London writing in 2016 featuring some incredible authors. And we’re hoping to get some proper good novels in our submissions window (open now until March 2016).

On the business side of things, we’d love to make more money and start employing people to do all the things we hate doing like marketing, post, choosing office music. We would also love to pay someone who can settle disputes between us; we’ve been friends since we were 11 years old, so there’s a lot of history to wade through!

Thank you Kit and Gary for taking the time to answer my questions. You can find out more about this small press, including details of their books, on their website by clicking here: Influx Press

Keep up to date with all of their news via Twitter: Influx Press (@Influxpress) 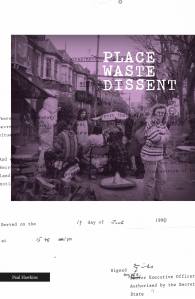 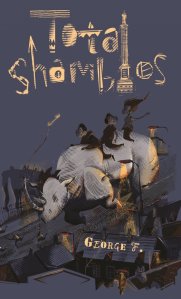 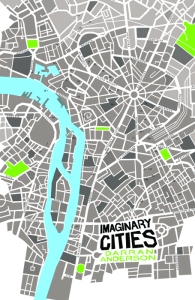 If you are an independent publisher and would like to be included in this series please check out my introductory post: Shout Out to Independent Publishers