From the festival programme:

Carrie Dunn and Toby Litt discuss the sport where genuine athleticism and scripted spectacle collide in such spectacular fashion – as well as addressing important gender issues, writing about sport and wrestling’s long and unexpected literary history.

Given my lack of interest is wrestling, of any kind, this was not an event I would have chosen to attend had I not recently read Wrestliana. My reaction to the book left me eager to meet the author and hear what he had to say on gender issues and expectations of modern masculinity. While Carrie addressed sexism in WWE, Toby did not elaborate on his views. He was lovely, and personally thanked my daughter and I for attending the event, but the direction the talk took did not offer an opportunity to discover more on how he felt about the issues of masculinity written into his book.

Chaired by Sam Jordison, the event included readings, discussion and an audience Q&A. I could have asked but didn’t feel comfortable veering into what I feared may be contentious territory.

Carrie is a sports journalist. She holds a masters degree in English Literature for which she read a lot of fan literature, such as Fever Pitch by Nick Hornby. These books present sport as a means to do manly bonding. Yet plenty of girls also enjoy sport. Carrie has been playing football since she was seven years old. She did her PhD on women’s experiences in sport and now writes about them, particularly football and wrestling. She pointed out that women are also now attending more events as fans.

Toby talked of the expectation that, as a man, he should participate in sport and have an interest in it. When he attended a state school he enjoyed football. It was fun simply kicking a ball around. When he transferred to private school he was required to play rugby where he was put in the middle of the scrum. He disliked this and the other sports on offer, only being able to raise any enthusiasm for middle distance running. By the age of thirteen or fourteen he had turned against sport.

Instead he got into books, reading works by Keats and the Brontës. There is no sport in these. It was only later that he came to realise that he could choose to do a sport he enjoyed. He took up fencing, sword fighting! He has never regarded himself as sporty.

Sam asked about the liminal territory wrestling inhabits as a sport.

Carrie’s book, Spandex, was written just as the sport was growing in Britain. She was granted access as they wanted publicity. It looks behind the scenes of British Professional Wrestling, at the wrestlers, referees and fans. In the last five years the sport has developed. It is more collaborative. Injuries are minimised due to teamwork. There is a bond of trust between wrestlers.

Toby told us that, unlike professional wrestling, Cumberland and Westmoreland wrestling is not scripted. It is competitive. Promoters haven’t decided on winners beforehand. It is local with wrestling having been enjoyed by participating families for generations. It is part of the fun of the fair. As a knockout competition each round becomes more intense. The weaker fighters have been weeded out. It is a community event, fun for all ages. Even teenagers will turn up to watch fights between local family members…

As part of Toby’s research for Wrestliana he went to a WWE bout (American wrestling in Britain). He observed that the audience were more nuanced than on the televised American shows, not always booing the baddie or cheering the goodie. He found it a bit boring, lacking intimacy.

Carrie agreed that interaction with the audience has not yet been sorted in professional wrestling. The goodies and baddies are decided on beforehand and the audience are required to buy into this. It is a performance, as in theatre. Wrestlers play their part, the character assigned to them in a promotion. It’s not about who wins or loses but rather who gets the attention.

Carrie talked about sexism in the sport, how one promoter boasted that he would never pay a woman more than £20, because she is a girl. Women may be chosen for how they look in costume. Participants in WWE must do as they are told.

The discussion turned to football. Before mass media coverage it was a knockaround sport played between rival villages. There was no pitch. It was a brawl, the aim being to capture the leather ball. As a sport with many participants, individuals didn’t have the fame that successful wrestlers enjoyed. Wrestling was bounded; charisma mattered.

In a lot of sports the players put themselves into the story being created. They convince themselves that they can do what it takes, visualising successful moves. Self belief is necessary.

The talk ended and the audience were encouraged to buy the authors’ books. Engaging as it was I would have preferred more in-depth discussion on those gender issues. I remain disinterested in wrestling. 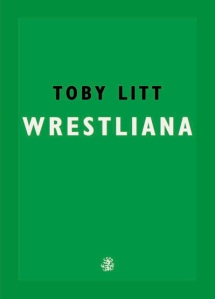 One comment on “Gig Review: The Greenwich Book Festival – Smackdown!”