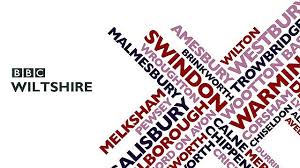 After last week’s nerve wracking debut I returned to BBC Wiltshire in Swindon earlier this week to take part in my second live radio guest appearance on the James Thomas afternoon show summer reads segment. This week I was asked to recommend a non fiction book and chose Under the Rock by Benjamin Myers, published earlier this year by Elliott & Thompson.

To open I was asked about the books I have been reading since last week and we talked briefly about What Are You After? by Josephine Corcoran, published by Nine Arches Press. Coincidentally, Josephine lives in the Wiltshire town of Trowbridge which I hope was of interest to listeners.

I then moved on to discuss Under the Rock, also giving a brief mention to the author’s fictional work set close by, in Yorkshire’s Upper Calder Valley, The Gallows Pole which is published by Bluemoose Books and won the Walter Scott Prize for Historical Fiction 2018.

Asked what I would be reading next I mentioned: Black Teeth and a Brilliant Smile by Adelle Stripe, and Sal by Mick Kitson. Both of these authors will be at the Marlborough Literature Festival next month discussing their debut novels, an event listeners may well wish to attend.

If interested you may listen to the radio segment, which lasts just over 7 minutes, here.

It was heartening to be told as I left the studio that positive comments had been made about my choice of books as they are not familiar titles. I am also pleased that I have been invited back to recommend another summer read next week.