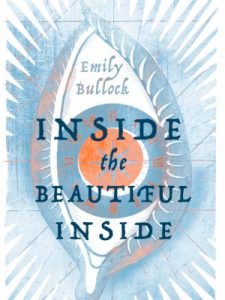 Bethlem Hospital began as a priory, founded in the 13th Century. By 1400 it had become a refuge for strangers in need. Over time, Bethlem specialised in caring for those considered insane. By the 17th century, the asylum was well-known enough to appear in dramas and ballads – used as a way to explore the popular question of who was mad, who was sane, and who had the power to decide.

When the second version of the hospital was constructed, in 1676, it was unlike any asylum seen before. Its opulent exterior was compared to the Palace of Versailles. However, the hospital was built on rubble – it didn’t have proper foundations. Because the ornate façade was so heavy, it immediately cracked at the back. Whenever it rained, the walls ran with water.

The new hospital was, quite literally, putting a pretty face on what many Londoners saw as a messy, distasteful problem. Visitors would pay to view the inmates and wonder at the grimness of their lives. Going to the hospital was meant to be an instructive reminder to keep baser instincts in check lest they too be committed.

Inside the Beautiful Inside is set in the crumbling Bethlem during its final decades, before it was torn down and rebuilt again elsewhere. The protagonist is an American marine, James Norris, a real life seaman who was an inmate from 1800 to 1815 – he was incarcerated for an unnamed lunacy. In this fictionalised account of his life, Norris served under Captain Bligh – of Mutiny on the Bounty fame – and was a friend of Fletcher Christian. The story opens with Norris saving Christian’s life whilst at sea.

The timeline then jumps forward to the day Norris is taken to Bethlem. Here he must endure under the cruel regime of the keepers and a drunken surgeon, tasked with patient care. Convinced that Christian is also an inmate, Norris is determined to wreak revenge on the man he now blames for ruining his chance of a happy life with a woman he spurned.

The appalling conditions in the asylum are brought to vivid life in the narrative. Norris survives by going inside his memories, particularly of happier times with a young Welsh woman, Ruth, who he hoped to marry. He has, over the course of his life, lost all those he cared for: mother, brother, lover, friend. By reliving his key memories, the reader learns of each of these relationships, albeit in fragments.

Norris’s eventual outcome was determined by three prominent reformers who were concerned by the condition and ill-treatment of patients in lunatic asylums. They used an illustration of Norris – mechanically restrained in an extraordinary device designed specifically for him after a series of violent incidents – to garner public interest and thereby orchestrate change.

The reasons for these incidents are used in the story to add depth to Norris’s character and subsequent actions. Told from his point of view, veracity is always in question. Norris holds tight to his memories as they are all that keep him going through the pain and degradation inflicted on him and his fellow inmates. Over the course of his time in Bethlem, Norris’s grasp on reality is severely tested.

Fascinating though it is to travel inside the head of someone living through such appalling circumstances, this was not an easy read. The memories Norris shares add colour and credence to his actions but life in Bethlem remains unremittingly grim. Although not a long book, I was eager for it to end. The denouement made more sense when I looked up what happened to Norris in reality.

The author has chosen to make Norris a victim who survives in part due to strengths derived from his life as a hardened seaman. That he hankers after a more domestic existence – one he eschewed due to jealousy and pride – made his predicament poignant but, in some small measure, self-inflicted. His time in captivity brought to the fore his regret at not valuing what he could have had.

The story offers an interesting history but not so much the psychology I had expected from the synopsis. The voice adopted for Norris garners sympathy – how could it not – but too often comes across as disjointed. Perhaps my not entirely favourable reaction is down to unmet expectations derived from the book’s publicity material – that and my lack of engagement with the style of writing.

Any Cop?: The treatment of those society regards as insane has a long and shocking history. I feel I learned more about Bethlem in general from this tale than about the inmate narrating.