Last year I completed the NaNoWriMo challenge, an exercise that not only gave me a (very) rough draft of a novel that I was rather pleased with but also gave me more confidence in my ability to write fiction. Despite having spent much of my life making up stories in my head, even going so far as to write a few down, I had never been willing to talk much about my creations, nor to let anyone else read those that I committed to paper or hard drive.

The main lessons that I learnt from taking part in NaNoWriMo were that I find writing fiction great fun, a welcome escape and a stress release. When I came to the end of my draft novel I wanted to set it aside for a time before I returned for the first rewrite, but I knew for sure that I didn’t want to stop writing. It was at around this time that I came across Tipsy Lit and their Prompted challenges.

Not only does this reader’s and writer’s community publish a wide variety of fiction and non fiction pieces, run an online book club and host discussions on everything from books to booze; it also invites entries for a weekly competition. It was these Prompted challenges that drew me to get involved.

Each Monday a prompt is released and writers are invited to create a work of flash fiction (a story of around 500 words) which they link to a Prompted post on the following Friday. All entries are then included in a poll set up on the following day and readers have 24 hours to vote for their favourite entry. The story that attracts the largest number of votes will be published on the front page of the site on Sunday.

Up until this point the only writing that I had published were the posts on my own blog. I wrote a post inspired by a Tipsy Lit weekly prompt before realising that they were looking for works of fiction (note to self, read the instructions before you start). Undeterred I decided that I would write a short story as well, and what fun I had doing so. I knew that I had discovered a style of writing that I wished to explore further.

Why do people follow blogs? I can see no reason other than they like the writing style and content of what is published. Having gained a following for this blog I did not, therefore, wish to radically change it by starting to include the short works of  fiction that I now wished to offer for others to read. I decided to set up a second blog for my stories, thereby creating Dreams and Demons.

I have yet to win a Prompted challenge, not least because on each week I have entered I have been up against an author named Duncan Swallow from nobodysreadingme (if ever a blog name did not reflect the content then this is it). Week after week he just keeps attracting more votes than anyone else. Read some of his stories to find out why (he also publishes on ReadWave and Wattpad, as do I, but to keep up with his work it is best to follow him on Twitter where his handle is @duncanswallow1).

As well as Duncan though, I have also been up against quite a number of other impressive entries and normally manage to gain a few votes which is pleasing. More importantly, I am offered useful feedback and am enjoying the creative process and practice.

As a result of entering my work I was invited by the welcoming and friendly lady who envisaged and created Tipsy Lit, Ericka Clay, to submit a story that I had not published elsewhere for consideration. I was quite delighted when it was accepted for publication and thus, today, one of my short stories has been published on the Tipsy Lit front page.

Do go across to read Repercussions and let me know what you think. While you are there, check out the rest of the site, there is a lot of good content.

I know that I have a long way to go in my writing adventure so to have someone else believe that I am worth publishing is delightful. I still feel something of an imposter describing myself as a writer. The encouragement that I have received from this inclusive and friendly community gives me hope that, if I keep practising, perhaps one day I will get there. 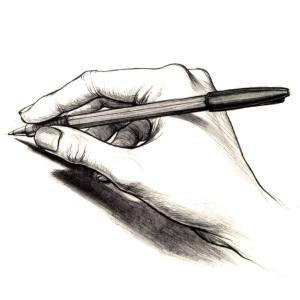