On Thursday of last week I travelled to The Tobacco Factory in Bristol for Penguin’s #Cornerstone2020 new writing showcase. The Snug was packed with booksellers, bloggers, authors and publicists all eager to mingle and enjoy the generous hospitality. Drinks and snacks were provided; and then there were the books. By the end of the evening the overflowing table above was bare and emails were being exchanged to ensure that eager early readers could be provided with copies direct from London on the organiser’s return.

I am always delighted when book people leave their bases to tour other parts of the country. Prior to the Bristol event, much of this group had been to Edinburgh and Manchester. I had read on Twitter that these events were enjoyed by bloggers who attended.

So, what was the format of the evening? 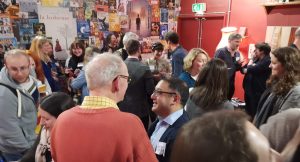 To enable everyone to settle in and imbibe there was a chance to chat amongst ourselves. I honed in on Eley Williams who was deep in conversation with Matt, a bookseller I had met previously from Toppings Bookshop in Bath. I also chose to join a circle as a young lady there was carrying the Girly Swot tote from Galley Beggars so I thought they would be my sort of people. They turned out to be fellow book bloggers and we traded reading recommendations.

Susan Sandon, Managing Director of Cornerstone (a Penguin imprint), then brought the room to order and introduced the six authors who each gave a three minute pitch for their book.

Neil Blackmore introduced The Intoxicating Mr Lavelle as a seductive, sensuous novel. In it, two brothers embark on a Grand Tour of Europe where they plan to make connections and establish themselves in high society. Then they meet the beautiful and charismatic Edward Lavelle. The direction their lives are taking alters inexorably. The book will be published on 30 April. 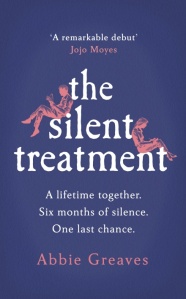 Abbie Greaves introduced The Silent Treatment as a story inspired by a true situation she read about where a married couple hadn’t spoken for decades. In her tale, the couple live and sleep together but haven’t spoken for six months. Another blogger at the event had read an early proof and assured me it was brilliant and I must read it. The book will be published on 2 April.

Will MacLean introduced The Apparition Phase as a ghost story. Two children fake a photo to try to frighten an unpopular pupil at their school triggering a deadly chain of events. As a television scriptwriter, the author has focused on comedy and assured us that the book also has lighter elements, but it is what is lurking in the shadows that has always fascinated him. The book will be published on 15 October. 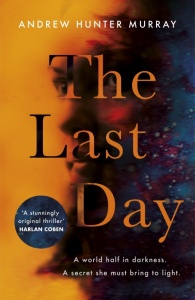 Andrew Hunter Murray’s The Last Day is a dystopian thriller based on the premise that the world has stopped turning. Parts of the planet are parched by constant sunlight while on the other side never ending darkness engulfs those who remain. Only certain areas remain habitable – including Britain – and are fiercely guarded. The book will be launched this coming week, on 6 February.

Nick Pettigrew has only just been outed as the author of Anti-Social, the single non fiction title in the showcase. He has written a year long diary detailing cases he dealt with as an Anti-Social Behaviour officer – a job he has recently left. Described as wickedly funny it touches on many of contemporary society’s urgent yet neglected and widely ignored issues. The book will be published on 25 June. 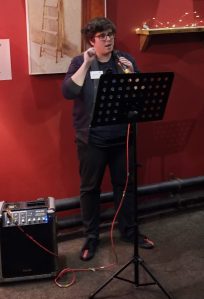 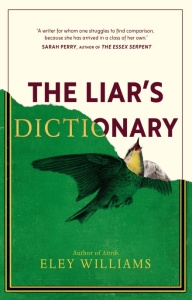 Eley Williams was the hook that initially persuaded me to attend the evening. Her short story collection, Attrib., won the Republic of Consciousness Prize for Influx Press in the year that I (and Matt from Toppings) was on the judging panel. The Liar’s Dictionary is her first novel and explores the world of the  lexicographer and their mountweazels – false entries inserted within dictionaries and other works of reference. In the present day, a young intern is required to weed these out. In Victorian times, a disaffected employee inserts them. I find this premise delicious and can’t wait to read Eley’s creative celebration of the rigidity and absurdity of language.

Having heard from each of the authors about their books there was then time to mingle once again. Guests were eager to chat further and some wished to have their proofs signed which somewhat disrupted certain conversations. I managed to chat to four of the six authors before it was time for me to leave to catch my train home. I had made sure early on to pick up proofs and was pleased to find a tote provided.

Thank you to Lydia at Penguin for my invitation. I am delighted with my generous goody bag and look forward to some quality reading. The event was indeed enjoyable and well worth attending.

As an aside, the Tobacco Factory has a book swap corner and I now think this should be de rigueur in all pubs and cafés. From the reaction to my photo on Twitter, many readers agree.